What is an Air Hockey Table & How Does it Work? 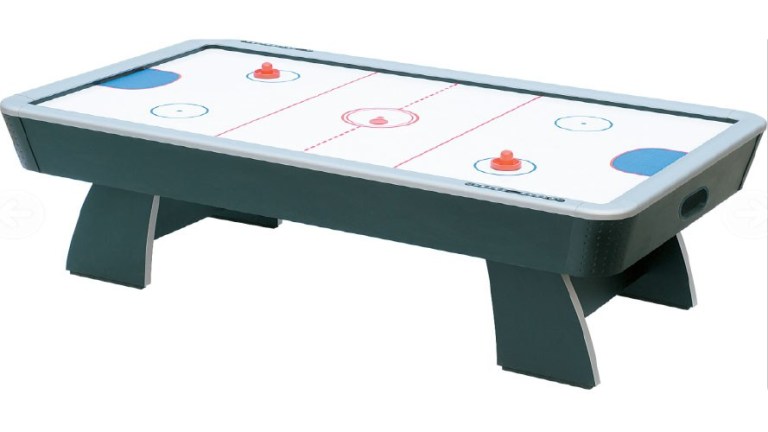 An air hockey table is a table game that simulates playing hockey. The game is played by two or more players using paddles to hit a small disc or puck across a smooth, icy surface into the opponents’ goal. Air hockey was invented in the early 1970s and has become a popular game in homes and arcades.

As a player, your goal is to score more goals than your opponent by using your air hockey paddle to hit the puck into their goal. The game is played on a smooth, hard surface covered with tiny holes. A powerful fan blows air through these holes, making the puck float or glide across the surface.

You will need to use an air hockey paddle to hit the puck. These paddles are usually made of plastic or wood and have a smooth, flat surface. The paddle is also usually perforated with small holes to allow air to pass through.

The puck must be hit into the opponent’s goal if you need to score a goal. The goals are usually made of metal or plastic and are located at either end of the table.

How does an air hockey table work?

There are different ways how air hockey works;

1) The most common way is using an air compressor to create a smooth, frictionless surface.

With a smooth and frictionless surface, the puck can glide across the table with very little resistance.

2) Some air hockey tables use a fan to create airflow across the table’s surface. This airflow creates a cushion of air that allows the puck to float on top of the table.

3) Some air hockey tables use a combination of an air compressor and a fan to create the desired effect.

4) The least common way is by using a vacuum to suck the air out from under the table. This creates a frictionless surface but can be expensive and difficult to maintain.

How do you play air hockey?

Air hockey is usually played with two players but can also be played with four players. Each player has a paddle to hit the puck into the other player’s goal. The first player to score seven goals wins the game.

Air hockey is a fun and fast-paced game that people of all ages can enjoy. If you are looking for a challenging and exciting table game, air hockey is the perfect game for you.

CONSIDERATIONS TO MAKE WHEN REMODELLING YOUR BATHROOM

4 Summer Tasks To Prepare Your Garden For Winter

The process of picking and arranging your game room furniture

3 Common Issues with Air Conditioners & How to Fix Them

Items Every Catholic Should Have in Their Home

4 Summer Tasks To Prepare Your Garden For Winter

The process of picking and arranging your game room…

3 Common Issues with Air Conditioners & How to Fix Them

Items Every Catholic Should Have in Their Home