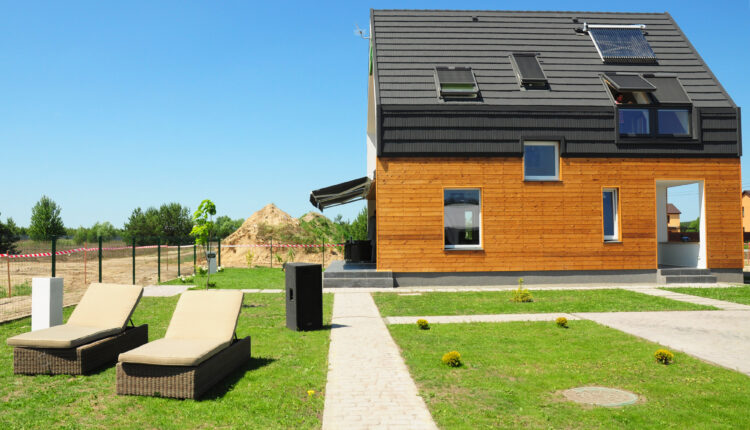 You are in the market for a mountain property you can turn to for quick weekend getaways and annual hunting trips. You’re thinking a hut might do the trick. As you start looking around, you cannot believe the prices you are seeing. You also can’t believe what real estate agents are calling huts these days.

CNN recently published a piece entitled ‘11 remote mountain huts to escape from it all‘. Just looking at the pictures, only one of the properties the author wrote about actually qualifies as a hut. The rest would be nothing short of mountain homes. Some would be classified as outright castles or mansions by anyone with a brain.

So, how can you tell if a mountain hut really is a hut? The answer is encapsulated in a single word: size. There is a very obvious size difference between a legitimate hut and a bigger cabin, home, etc. A structure’s purpose also plays a role.

Nearly every English dictionary defines a hut as a temporary structure of relatively small size. Dictionaries also tend to describe huts as being of rather simple construction. By that definition, a 10-bedroom cabin meant to accommodate large groups does not constitute a hut. Let’s please stop pretending it does.

Huts are not designated as such simply because they are temporary buildings. If they were, every hotel on the planet would be a hut. Buildings are not huts because they are located in remote locations. If location were the defining factor, the well-known NORAD facility that kept us all safe during the Cold War would also be a hut.

If there is any question as to what a hut really looks like, Scott’s Hut in Antarctica is a good example. Built by an expedition team led by explorer Robert Falcon Scott, the hut was extremely small and primitive. It offered a place for the team to get out of the cold. The hut offered limited sleeping quarters, a small kitchen, and a food storage area.

In terms of its use, temporary was the name of the game. No one lived there full time. Scott’s hut was utilized during a number of expeditions, including the one that claimed Scott’s life. It still stands today, though no one uses it.

Compare Scott’s hut to some of the structures featured in the CNN piece and it becomes glaringly apparent that someone is blatantly abusing the term ‘hut’. It is probably not a big deal for most people, but it means everything to those who wished our culture would make a more concerted effort to preserve the language.

One of the things most of the structures in the CNN piece have in common is size. Some of the buildings are old while others are relatively new. But nearly all of them are big. That’s okay, especially since big seems to be the name of the game in modern architecture.

Utah architects Sparano + Mooney says that size is a frequent consideration in the homes they design. Specializing in mountain modern architecture, Sparano + Mooney architects seek to create homes that seem like a natural part of the surrounding mountain environment. You would by no means confuse their homes with temporary huts.

Perhaps the CNN piece was given its chosen title to make it click bait. Maybe the author was just trying to be cute. Either way, you can tell that almost none of the structures in the piece are huts just by looking at them. They are not small, basic structures designed only for temporary use.

Do You Know What Are the Various Benefits of Any Timber Frame Homes?

5 Tips For Choosing& Planting Perennials In Your Garden

5 PERKS OF HIRING A PROFESSIONAL PLUMBER

WHY ARE PATIO ENCLOSURES SUCH A POPULAR FEATURE IN HOMES?

5 PERKS OF HIRING A PROFESSIONAL PLUMBER

WHY ARE PATIO ENCLOSURES SUCH A POPULAR FEATURE IN HOMES?